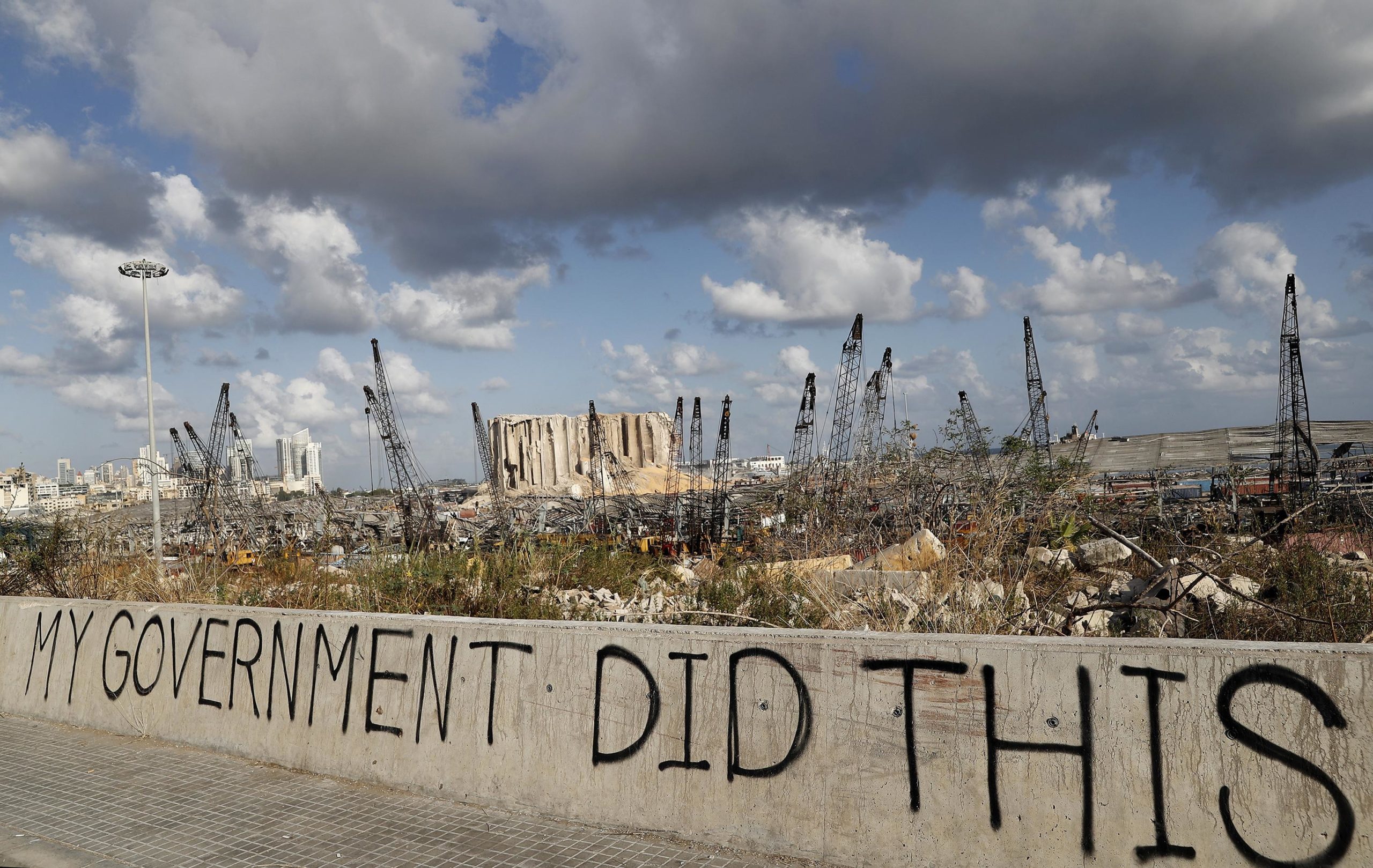 We moved to Beirut in August of 2019. In October of that year, the largest anti-government protests in decades kicked off. What started as a reaction against a new tax on internet quickly evolved into a months-long occupation of the city center, in pursuit of a replacement of the ad hoc sectarian-based government under which Lebanon had limped along since the end of the civil war. The government would survive the upheaval, but it would prove to be too much for the delicate web of self-dealing that had been constructed between the Banque du Liban and the private banking sector, and over the next year the Lebanese Pound would lose 90% of its value versus the U.S. dollar. The life savings of middle-class Lebanese without offshore accounts were effectively wiped out.

All of this occurred during a global pandemic and corresponding economic crisis. And on August 4, 2020, thousands of tons of ammonium nitrate which had been improperly stored at the port for years exploded, taking over 200 lives, leaving 300,000 homeless and heavily damaging every building in downtown Beirut. The official government report on the cause of the blast is months overdue, but it appears that welding work on a door set off a cache of seized fireworks, which then set off the ammonium nitrate.

On the one hand, the August 4th explosion was the most transient of the disastrous events of the prior year. It’s death toll pales in comparison to the 7,345 Lebanese lost to the Coronavirus, and the cost of the reconstruction will certainly be less than the economic crisis caused by mismanagement of the banking sector. Our apartment was repaired with new windows and doors within a month’s time, and the recently flayed carcasses of the glassy high-rises, once so shockingly fresh, have already started to fade into the frenetic background of new construction projects and the older strata of war-pocked husks of buildings that belong to no one and everyone. We move on, because what else is there to do?

But before we do, it’s worth examining the port explosion in detail, because it’s perfectly emblematic of the failure of leadership that initiated and exacerbated its sibling crises. This was not a natural disaster. The explosive chemicals were stored in busy port located directly adjacent to the city center for six years. There was precedent for the danger this posed: explosions of much smaller stockpiles of ammonium nitrate killed 31 people in France in 2001, 15 people in Texas in 2013, and 173 people in China in 2015. But the definitiveness of the result, expanding outward from the epicenter, is in contrast to the murkyness of the blame that should be assigned. There is neither a villainous capitalist twirling his mustache here nor a specific government official who was responsible for the chemicals and failed in their duty. Instead, the ship which was carrying the explosives from Georgia to Mozambique was owned by a company chartered in Panama; when the ship was seized due to non-payment of port fees the company that owned it simply declared bankruptcy and evaporated. The various governmental officials apparently sent each other emails underlining the danger of the cargo, but nothing of substance was done about it. Who can blame the many Lebanese who throw their hands up and resolve to start over in Canada or France, when the entire downtown is wrecked and apparently no one is responsible?

However perfectly repaired, an object or a building or a person damaged is still, in some sense, broken. It carries a fissure, a hairline crack that whispers: don’t put too much weight on that leg. It could happen again. We can perhaps choose to acknowledge the breakage as an event in the life of the object, rather than a flaw to be disguised. In the Japanese practice of Kintsugi, broken ceramics are repaired with an epoxy containing metallic dust, creating golden seams between the formerly broken pieces.

All of this was on my mind as I was repairing my woodworking vise, which was broken as the door of my workshop was blown out of the opposite wall with enough force to smash it to pieces. I had made the front cover out of a single unique piece of burled California redwood which I had considered myself very lucky to find in a stack of decking-grade lumber. There would not be a matching piece of wood to make a perfect repair, much less halfway around the world in Beirut. Should I choose a contrasting wood for the repairs, to celebrate the resilience of the creative act? However, as I have related, this was not the result of a blameless slip of the hand, but rather a shockingly negligent disregard for the value of human life. I’m angry about it, and every detail we learn just makes me angrier. After the ship was seized by Lebanese port authorities, the crew was stuck on the ship for a year, unable to disembark without a proper visa. They just left them there. For a year. A bad investment, written off. Kintsugi works by incorporating the flaw into the design, harmonizing the planned and unplanned. Can we make beauty out of such ugliness? Should we?

We have heard a lot these last months about the resilience of the Lebanese. Beirut Will Rise Again, the vinyl banners covering the broken storefronts reminded us. While the last occupant of Pandora’s box was Hope and I do not begrudge anyone her comforts, I think we must not accept uncritically the line that Now Is A Time For Solidarity. Marwan Rechmaoui’s solo show at Sfeir-Semler Gallery is an exploration of this theme. The standing rhomboids of crushed steel wall studs resemble tombstones, or perhaps the suitcases of the many Lebanese who have emigrated to find a better life elsewhere in the world. The hanging and mounted sculptures made from broken window mullions are not so refined that we can forget their provenance: they were only recently strewn across the floor of the very same gallery they hang in now. It’s a statement of what’s forever lost, even when we rebuild. As powerful as it is, I do think it’s necessary to hope for a Lebanese art that does not trade nearly exclusively in themes of trauma and destruction. To do otherwise is also a capitulation to power.

In his essay on Japanese aesthetics In Praise of Shadows, Jun’ichirō Tanizaki writes:

“We do prefer a pensive luster to a shallow brilliance, a murky light that, whether in a stone or an artifact, bespeaks a sheen of antiquity… things that bear the marks of grime, soot, and weather… that call to mind the past that made them. Living in these old houses among these old objects is in some mysterious way a source of peace and repose.”

With enough time and distance, any event becomes part of the patina of history, indistinguishable in emotional valence from countless others. Perhaps in any human tragedy we can trace a fault that could have averted it or at least mitigated the ill effects. In the end, I repaired the vise in a straightforward, workmanlike way. It wasn’t an entirely satisfactory response and it certainly wasn’t justice, but in order to repair the many other objects that were damaged in the blast and to continue my creative practice generally I needed a working vise, not a symbol. And, as best I could, I moved on.