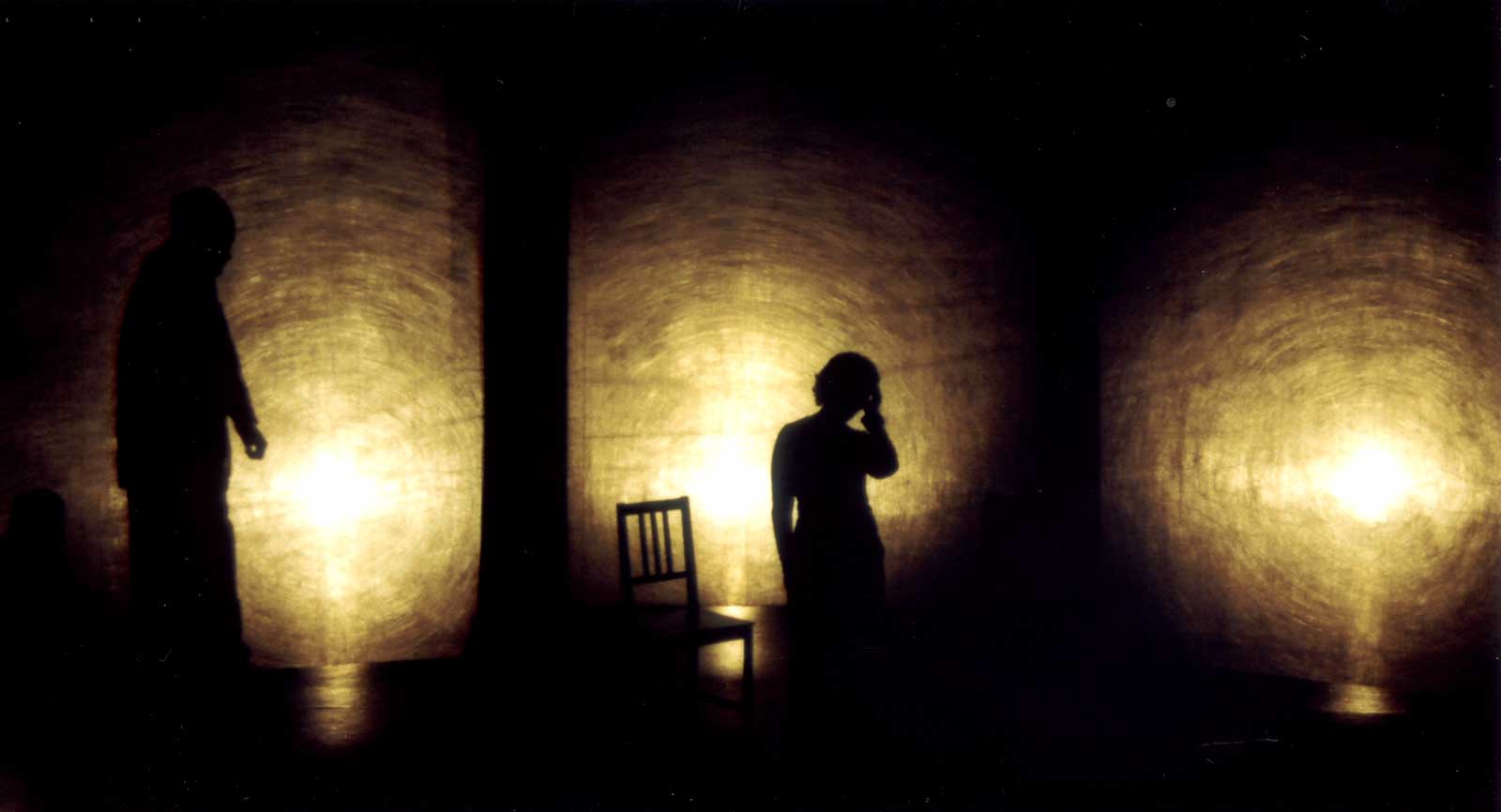 This work is from my early career, when I was fresh out of school and working as a theatrical lighting designer in Los Angeles. I recently decommissioned my theatrical portfolio site to reduce the number of websites I have to patch and update. But, I think this work is fun to look at and good memories for me, so I’m posting it here on my personal blog.

Note, these photos were taken in the early 2000s on film (Ektachrome 320, RIP), so the image quality isn’t the best by today’s standards.

Three stills from a production of Comedy of Errors directed by Edgar Landa. Set design by Sara Huddleston. The play was set in sort of a vaudeville world, which worked well for the farcical nature of the plot.

From a production of Frank Wedekind’s Lulu, directed by Elizabeth Atwater. The barker, snake handler, tall man, siamese twins, etc. would do their little preshow outside the theater to try and entice people to come in and see the show.

Productions stills from Lion in the Streets by Judith Thompson and directed by Lisa Guzman.  Sara Huddleston, Scenic Design.

Conceptual renderings and production stills from a production of Speaking in Tongues, produced by Open Fist Theater company and directed by Stephen Spinella.

Act I, Scene iv is a short film about the search for identity. Some of the scenes take place in a theater, and I was hired as a theatrical lighting consultant to help produce an authentic theatrical lighting feel for those scenes in the film medium.

First image, an early conceptual rendering for one of the scenes. I sometimes work on black paper with pastels as it’s fast and somewhat mimics the additive mixing process of light

following images, stills taken from the dailies.  The warm/cool dichotomy of stage lighting transfers very naturally to film.  Other idioms of stage lighting that we made good use of:  lights pointing into lens as the camera looks over the actor’s shoulder at the audience, fun low angles for the lighting, washes of bold color in the background behind the actors, and figure against a completely black ground.  Laura Beth Love, Director of Photography.  Written and Directed by Peter Tolfree.

Images from the 14th Annual Thea Awards. The Themed Entertainment Association (TEA) is a non-profit organization which supports “creators, developers, designers and producers of compelling places and experiences.”

Hope you enjoyed this!