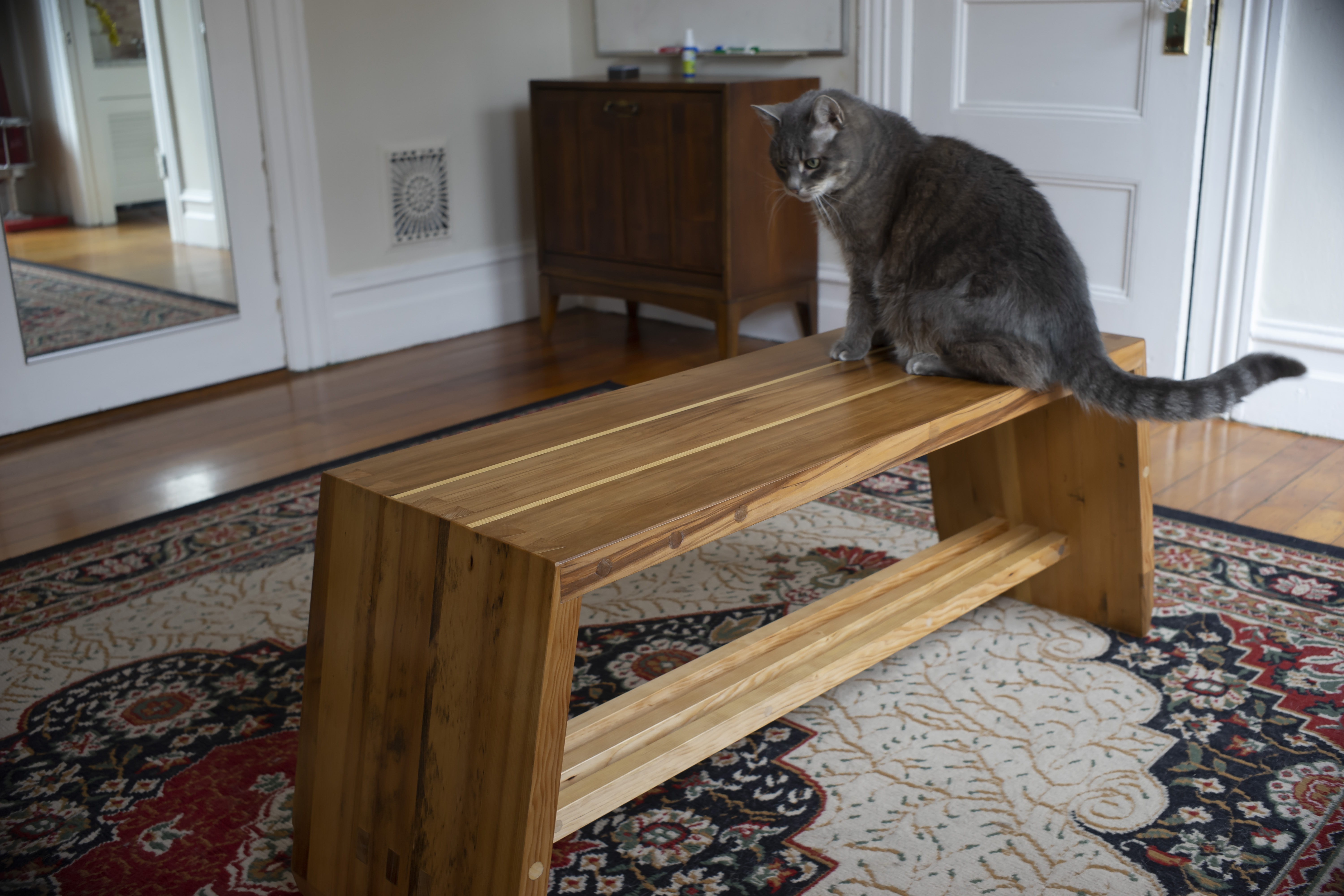 One day THREE YEARS AGO, I found a whole pile of wooden doors on the street. They were nice solid things, mostly douglas fir and a few pantry doors in oak. And one in aromatic cedar (veneer, but good thick stuff over doug fir). I’ve made a number of things out of them, but this genkan bench is the most complicated woodworking project thing I’ve undertaken– probably twenty different pieces of wood which had to be cut and joined. The showpiece is the oversize angled half-blind dovetails on the top (don’t tell the cat that she is *not* the showpiece):

Since all of the pieces were salvaged wood, they had a number of dowel holes in them that I had to work around or incorporate.

One detail I was particularly happy with was the fascia applied at the feet. There was a hole for a joining peg that came right through the edge here and looked really unsightly, so I used some scraps of cedar from the top to make this fascia, which occurs on all four feet:

Thanks for reading! I was inspired to make this bench by the Japanese concept of a genkan, a space neither inside nor outside where you take your shoes off, and perhaps take a moment to reset, let go of any stress you brought home with you. Every time I sit down on it to take my shoes off, I run my hands over the dovetails, it’s become a tiny ritual of homecoming for me. I was working on it for over a year, as I kept dropping it to work on something else or get married or whatever, but I’m glad I finally finished it.