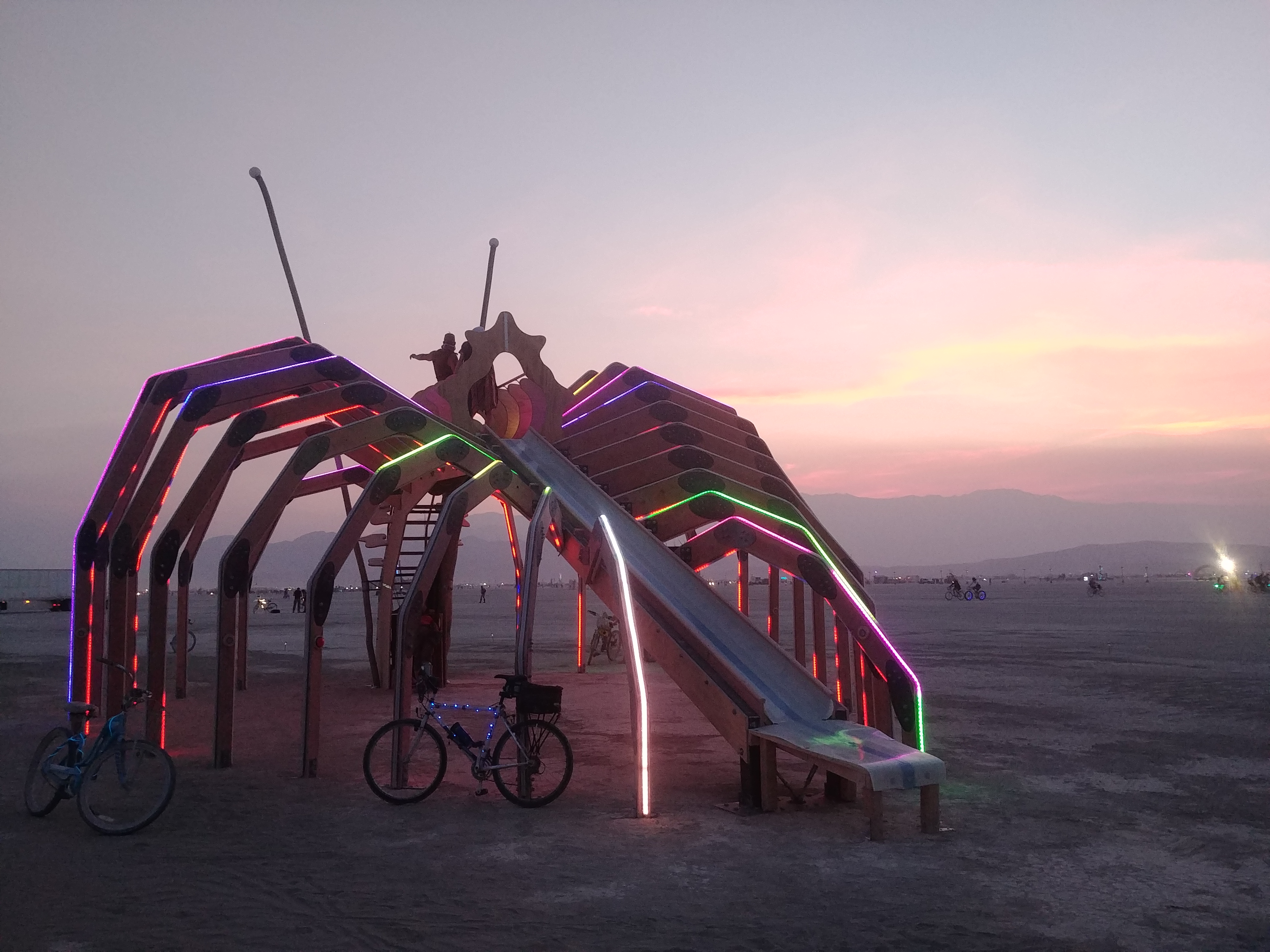 So I went to Burning Man for the first time.   It was strange and wonderful and difficult and beautiful, often at the same time.   I was working on an art installation, The Chilopod (official facebook page).   It’s a two-story insect-like structure with lights all over it that reacts to its environment.  Also, there is a slide on the back. 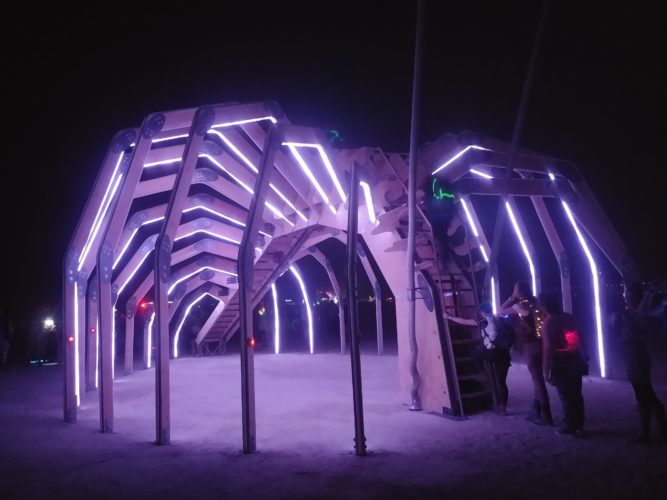 I primarily worked on the software controls during the pre-build phase.   It was my first time using TouchDesigner, which is an amazingly flexible tool to create generative video, e.g. if you want to take inputs from the environment and create a responsive video content.  It turns out to be pretty easy to connect TouchDesigner to Arduino via either serial or via ethernet, which opens up some really interesting possibilities.  One of the drawbacks of the Arduino ecosystem is that the development boards aren’t generally beefy enough to do live video.  On the other hand, getting data out of a serial port and triggering something on the PC Iwith it can be difficult without writing custom software.   So TouchDesigner is kind of an ideal tool for this, and I’m thinking a lot about what I can do with the new toolset.

Same pattern, this shows how the heartbeat and breathing is composited in Touchdesigner:

Here’s an example of a simple pattern being driven by a wind sensor.   The graphical wind sensor panel, video, and sensor input are all being handled by TouchDesigner.  Pretty neat stuff:

Anyway, while I spent most of my pre-build time in front of a screen, once we were out there our problems were a lot more actual.   Like raising a 300lb insect leg into place in the middle of a dust storm. 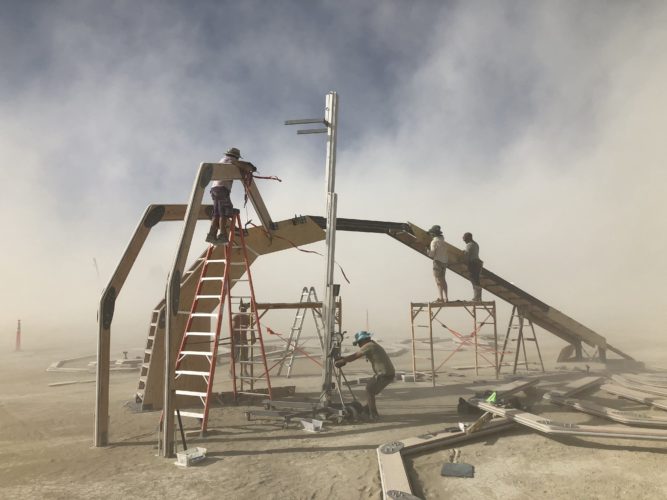 Or rigging up a plastic bin and shopping bag as an impromptu dust collection system to avoid leaving sawdust all over the place (Burning Man is scrupulously Leave No Trace, including biodegradable matter).  It reminded me a lot of my time doing theater work, working against a deadline and solving unique and faintly ridiculous problems.  Also, it is the dirtiest I have ever been in my life: 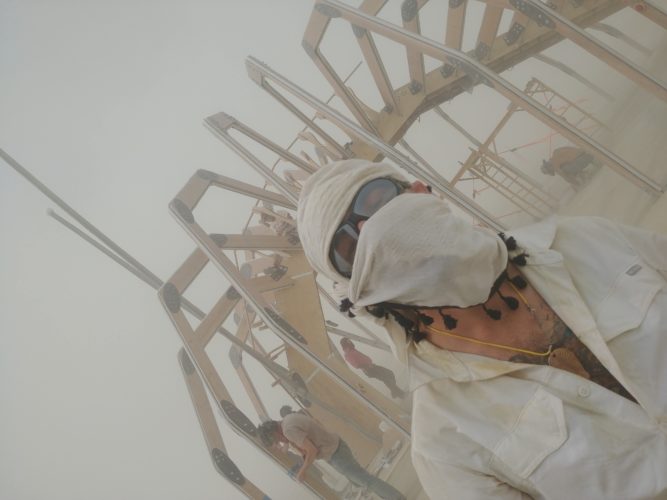 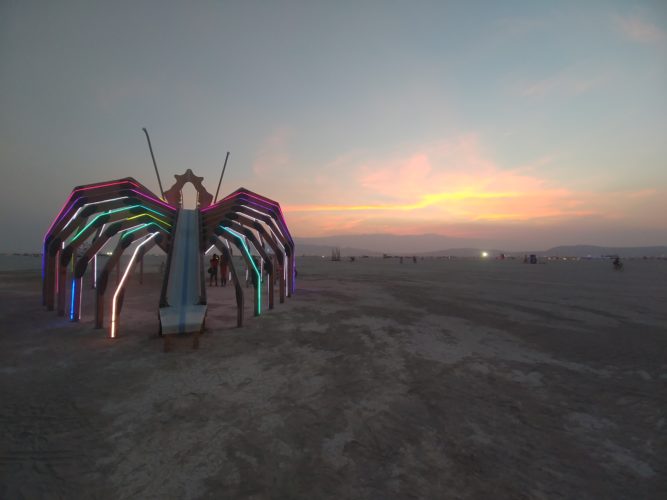