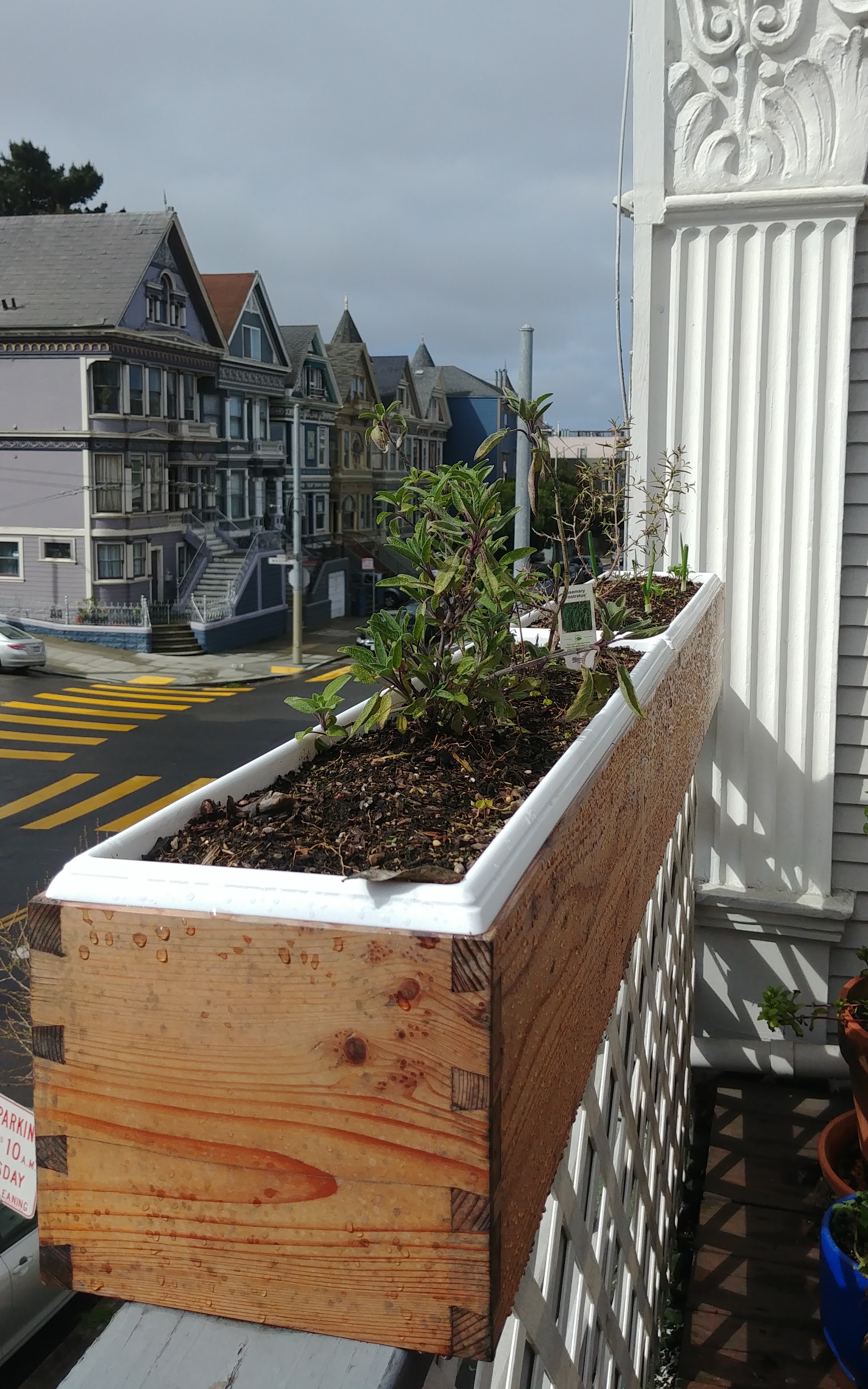 We had a lot of pots taking up floor space on the deck in the new place, so I built these redwood planter boxes for our herb garden.  I’ve gotten much faster and more accurate with woodworking generally and dovetails especially then the last time I made one of these.  I’m now cutting out waste with a coping saw instead of chopping it out with a chisel, which is about 3x faster.   I’m also smarter about things like not trying to get the crummy construction-grade lumber I’m working with perfectly straight and true, and for these I used plastic inserts to hold the soil which greatly simplified the design and will be more durable I think. 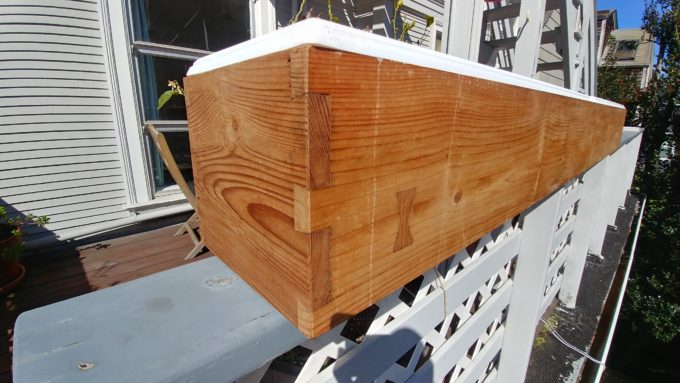 I finished it with a couple coats of very thin shellac to try and get the shellac as far into the wood as possible, then with a layer of wood waterproofer over that, and a coat of furniture polish over the top of that.   Then it rained for a solid week (Mediterranean climate!) and the photos above were taken just after another shower.  I’m seeing some water get into the endgrain but that’s to be expected I guess. 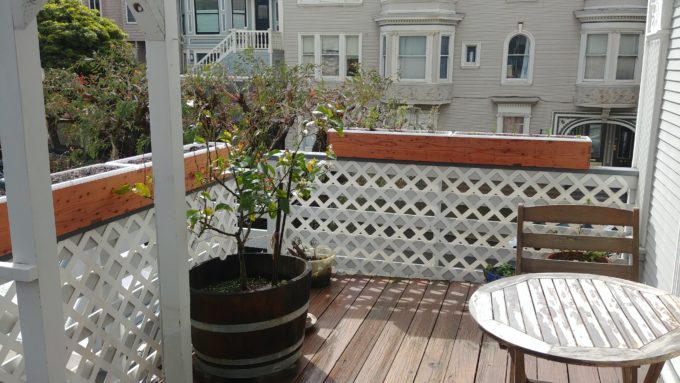 The new setup gets us more space, while making the deck feel a little more enclosed.   The planters should get plenty of sun from the southern exposure, but it’s still San Francisco so probably no tomatoes.  But thus far I’ve planted the cilantro, which was harvested from last year’s crop.  I was worried that the seeds wouldn’t be viable because what do I know about any of this, but turns out they were very viable and I’m having to thin them pretty aggressively:

The dill just started to come up, they look like aliens: 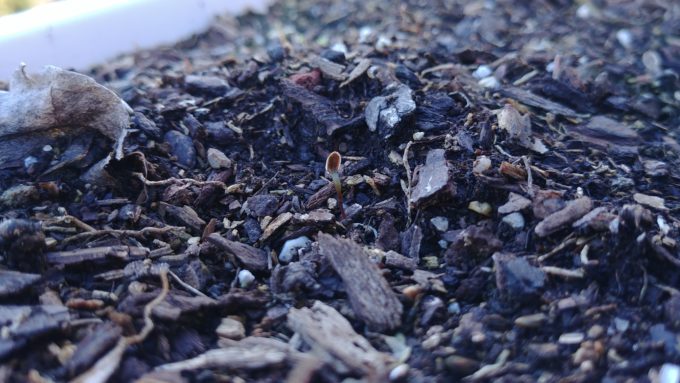 The sage was a transplant from the old planter, but seems to be settling in: 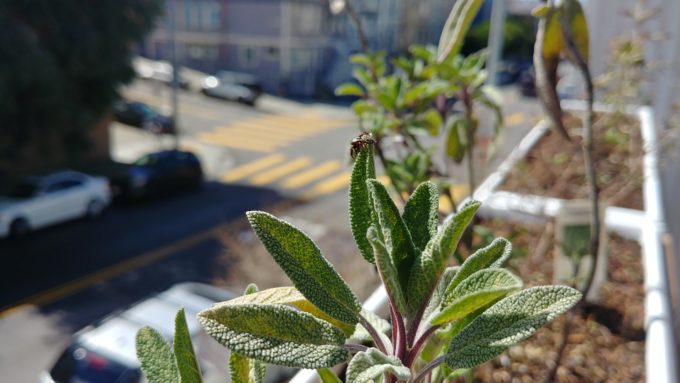 Moments after taking this the spider went jumping  off the balcony on a stream of silk.  I guess he didn’t like the cell phone right up in his grill, and who can blame him? 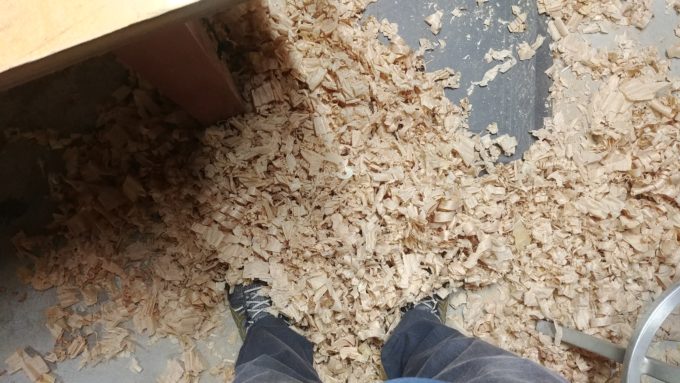 After planing the sides, this is the quantity of shavings.  It’s really satisfying to make simple, beautiful objects like this.

Thanks for reading my dumb blog post about gardening!