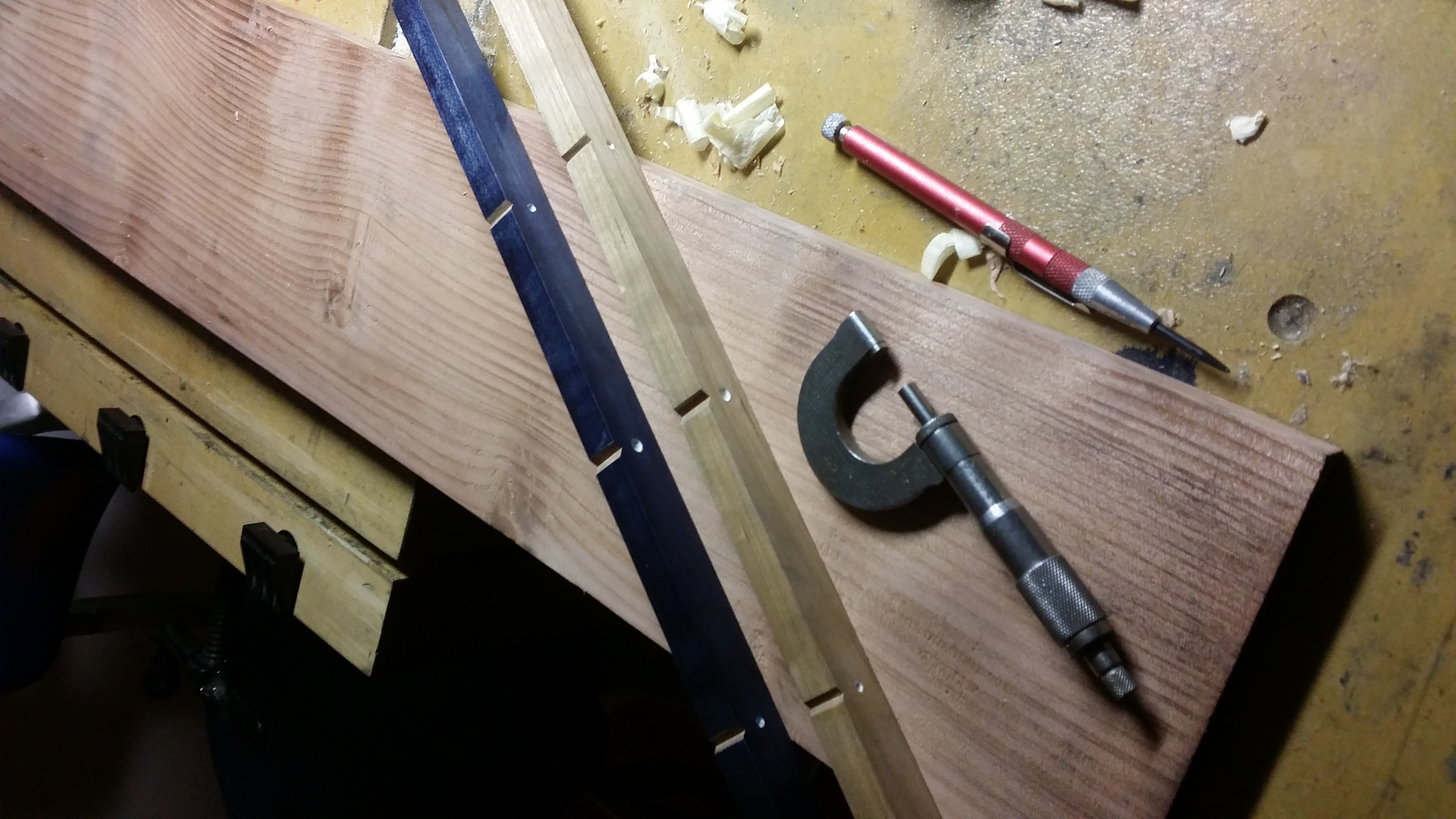 I’ve been doing some woodworking stuff, and I’ve been finding that the thing I’m really enjoying is making the tools I need.  Thus, the actual project itself is moving… slowly.  But anyway: 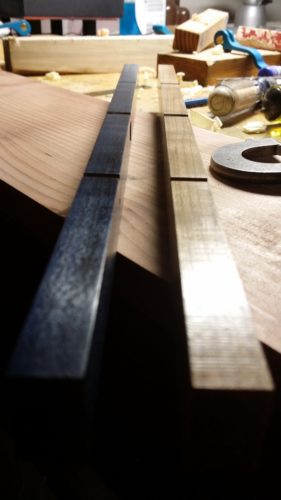 The idea with winding sticks is that you put one on the near side of a piece of wood that you’re working, and the other on the far side, and if there’s any twist in the surface of the wood it’ll show up as them being out of parallel. Like so: 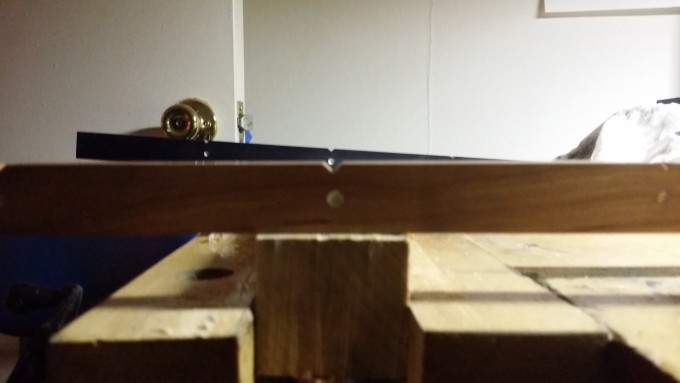 So in this (greatly exaggerated) case, the wood that’s under the winding sticks is high in the upper left and lower right corners.  To bring the face into true, you could plane off either of those corners.  To be effective, the winding sticks themselves would ideally be perfectly straight and identical.  Mine are accurate to about .0015″, which is the measurement tolerance of my micrometers and perhaps a bit more accurate than necessary.  I dyed one dark and left the other light to increase the contrast between them, and added the notches and alignment dots which really helps with sighting.

More to come on this topic soon.  I’ve got a bunch of stuff I’ve finished but I just haven’t had time to write about it.  But I’ll be on a three week car trip through France and Italy soon, so should have some time to catch up :)