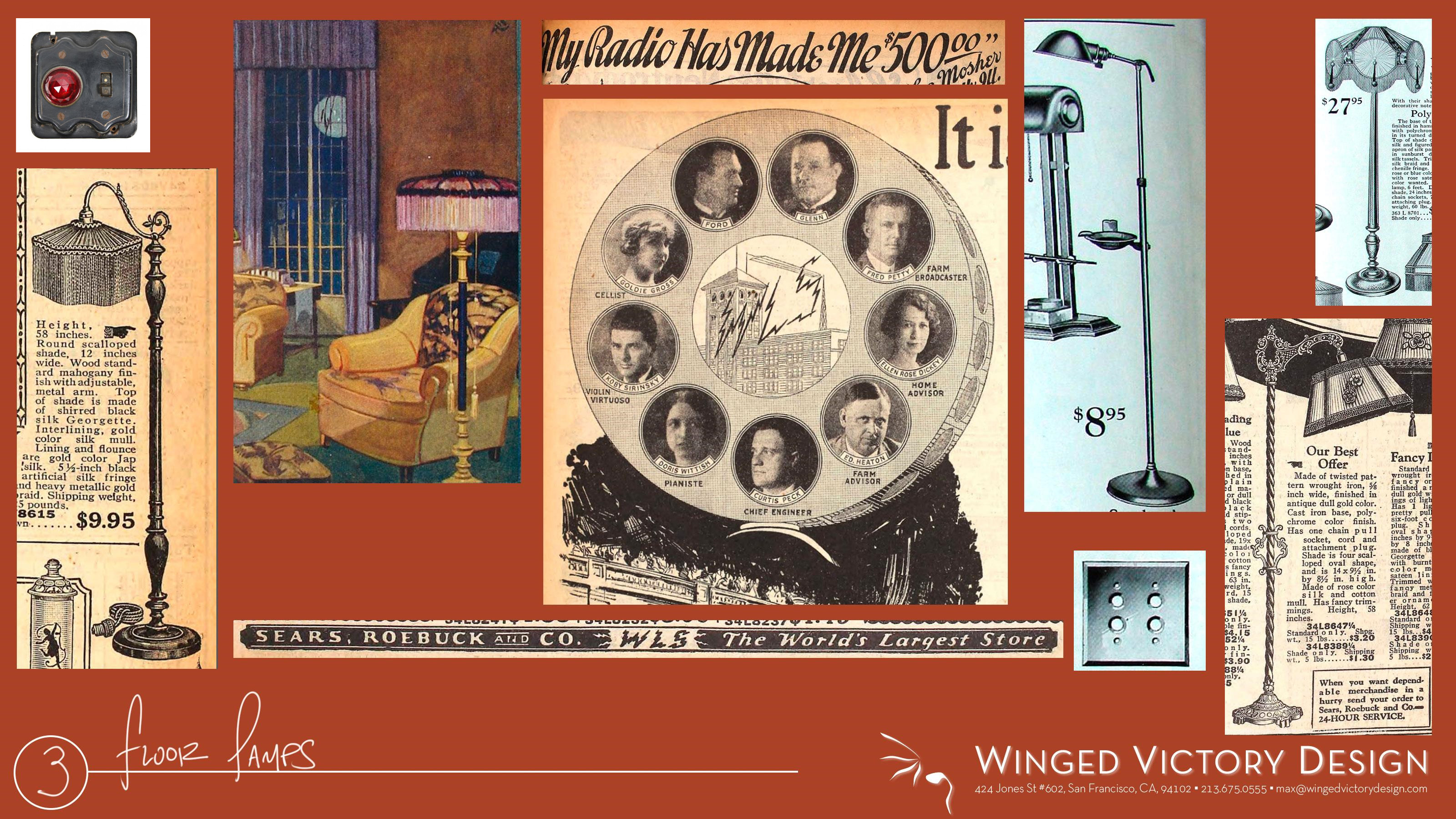 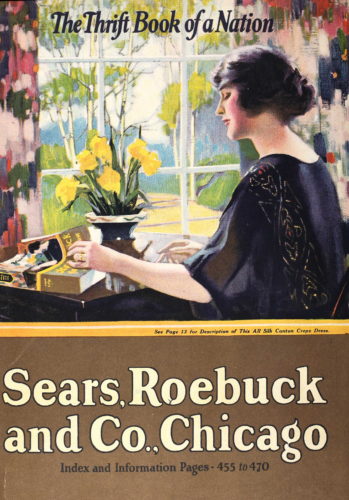 Quick, to the Microfiche!:  I’m working on a live performance project right now that I’m really excited about.  It’s an immersive theater piece set in 1923, so we’ve made the design choice that we’re going to try do everything with period lighting fixtures, or conceal anything that’s incorrect to the time period.   Which, it turns out in practice, is a completely insane thing to try and do.  But anyway.

To get started, I wanted a visual survey of typical lighting fixtures as would be found in 1923, so that when we were designing the interiors we would have a rich palette to draw from.  For visual research, I first did the simplest thing, which was to open a bottle of wine, dim the lights, and search for pictures taken in the 20’s on the Internet.

There are some good resources out there, like the enthralling timewaster that is the Library of Congress Flickr collection, but the images I found this way weren’t terribly helpful.  The lion’s share of photographs were taken outdoors, which doesn’t help me.  If they were taken indoors, the ambient lighting would be obscured by the camera flash.  One can gather that typical interior light levels were much lower than they are today, but apart from that I couldn’t tell much.

Next Idea.  So then I thought of the Sears Catalog.  At its heyday in the 20’s, you could buy anything, up to and including an entire house in kit form, from the Sears Catalog– the amazon.com of its day.  And, the San Francisco Public Library has a complete set  on microfiche, dating back to the 1890’s.

I spent a thoroughly enjoyable Saturday at the library going through the collection, starting from about 1910 and going forward through 1930.  At the end of it, I had what I wanted:

I found that the most stylistically expressed years were actually 1927-29 or so, although the early 20’s have some great details.  Also, there’s a noticeable shift through the decade in the marketing copy (and what great copy it is, too)– the earlier years are all about thrift, but as the Roaring 20’s kick in in earnest, the pitch changes to all the modern electric appliances you can own, in your own home.

If you have any resources to share, leave a comment!  I will try to post more about this monster of a project as we get closer to the opening in January.