Le Corbusier had to start somewhere, I suppose:  Here’s a fun little side project I recently completed.  My parents are sprucing up their house in preparation to sell it, and as part of that effort the currently installed kitchen lighting Had To Go.

The existing Monstrosity as it was referred to in the family was the the same fixture that came with the house when we moved into it in 1994: a 6′ x 8′ box built out of drywall, with three fluorescent striplights inside (T12, natch).  The diffusers consisted of three sheets of A12 prismatic arcylic.   Behold:

Anyway, my parents decided that they had lived under its all-seeing tyranny long enough, but wanted to keep the scope of the project to a minimum since they’re trying to sell the house.  At the same time, the kitchen is the first thing when you enter from the garage, so they wanted to create an architectural feature.  After working through a few design iterations, we arrived at the following (rendered via AGI32): 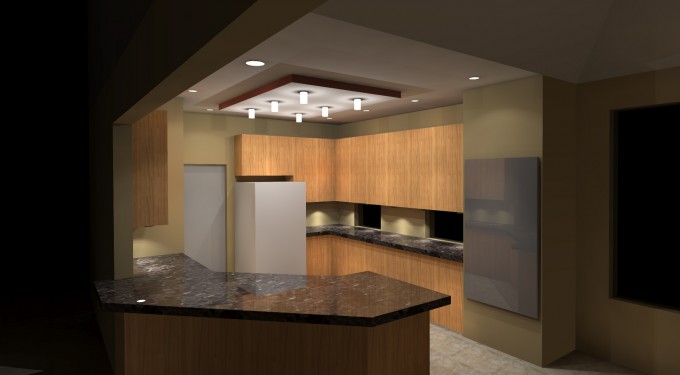 All of the fixtures are MR-16 downlights from Contrast Lighting.  The six in the center pattern have a dropped frosted glass cylinder trims: 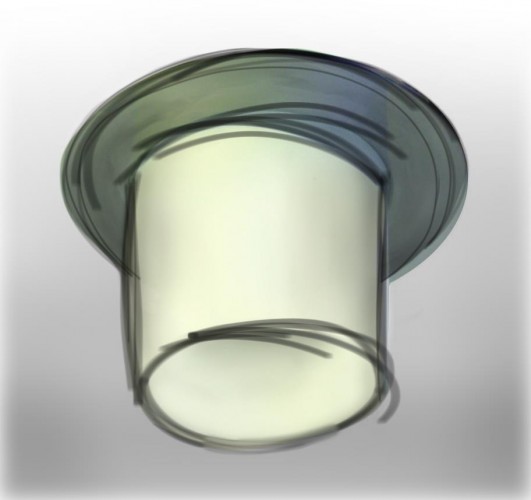 While the downlights around the perimeter have a complementary regressed frosted glass housing: 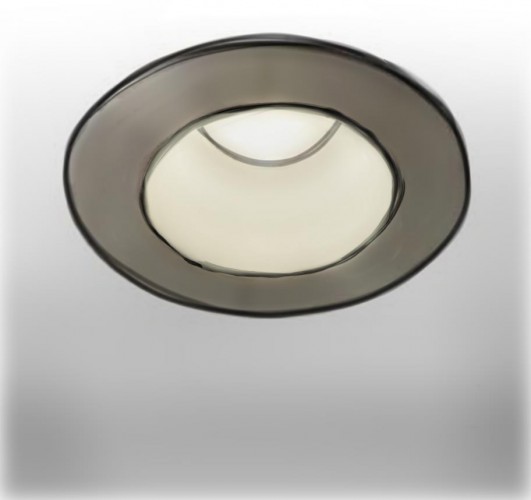 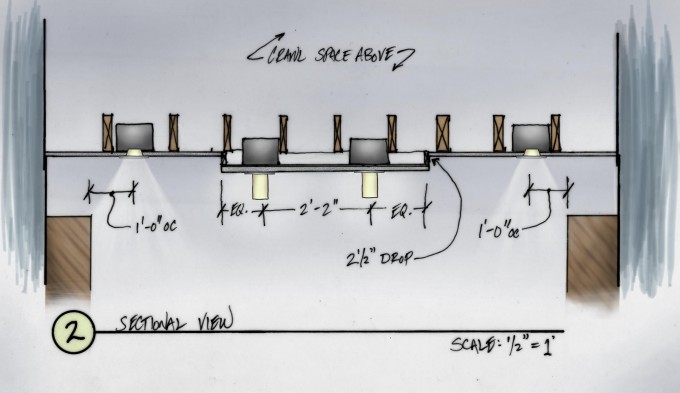 We’re all pretty happy with the way it came out, Contrast really delivers an exceptional quality of product, especially at the reasonable price, and the contractors did a nice job finishing it out: