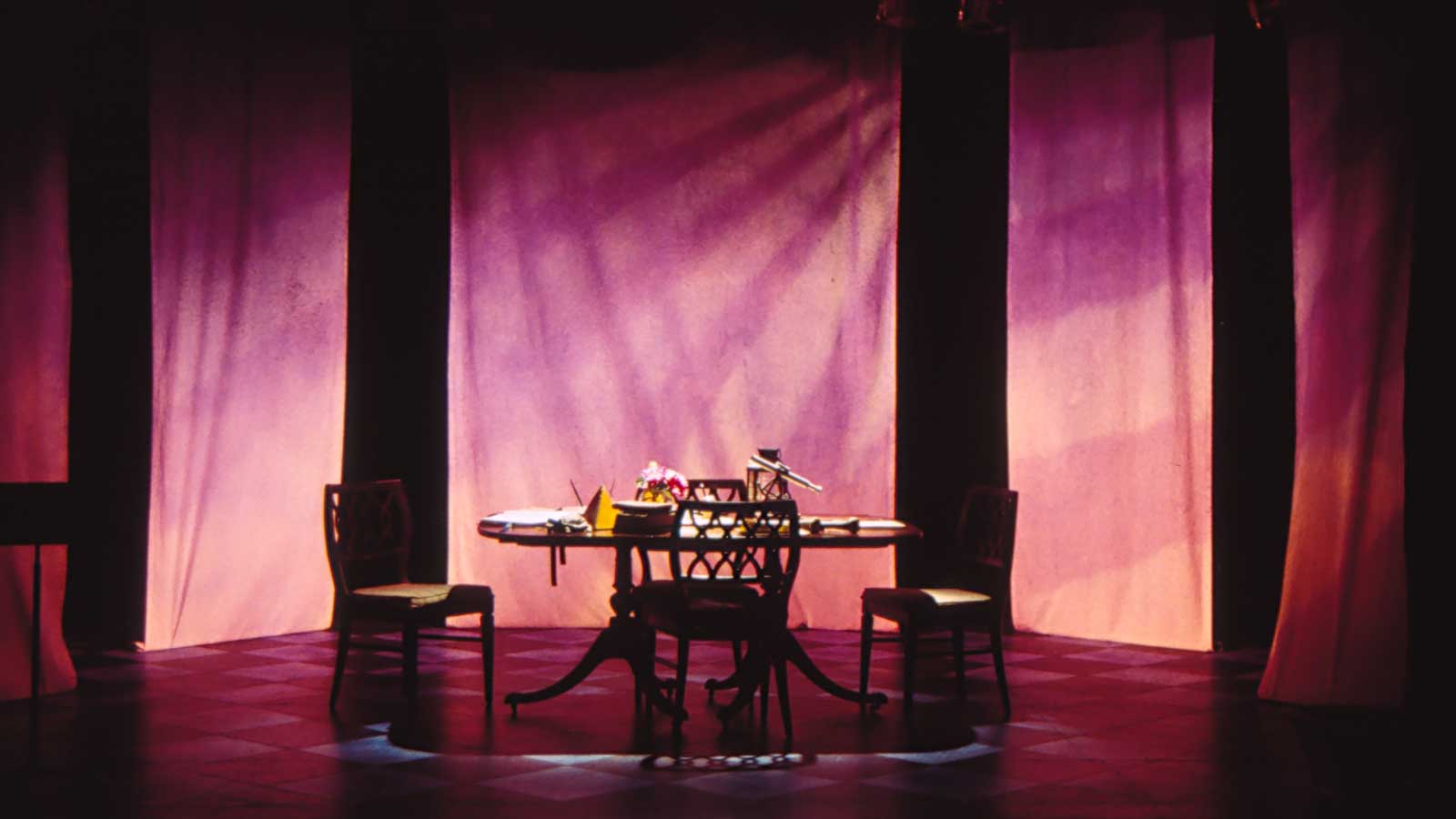 Arcadia is one of my favorite plays. It’s also one of the most difficult, layered, and tight scripts I’ve ever worked with—every line relates to something else in the play, like a literary plate of spaghetti.

Above, scenic rendering by the scenic designer, Alana Schmidt. The scenic elements consisted of a large central table, and some vertical strips of canvas that enclosed the space without defining it as belonging to one era or another.

Above, color palettes used to plan the color space throughout the play, made with pastels. These could be somewhat less messily in Photoshop, but there’s something to be said for physicality of mixing the colors by hand. When working on black construction paper as above, it also somewhat mimics the additive color mixing process of light.

One of the design challenges was to visually cue the era in which a given scene takes place. Among other things, subtly richer colors were used in the scenes which took place in the past.

Above, concept rendering of the morning scenes, done in Photoshop. Below, realized scenes.

Above, a scene from the 19th century narrative with the richer, more saturated colors, and a corresponding scene from the present day. Note that in the intervening centuries, the trees have grown up around the drawing room, casting textured shadows.

Time of day was important in keeping the scenes united into a narrative whole. It also provided a motivation to address another design issue with the play as written, that the play’s setting is entirely static— We are looking at that table for close to two hours. To address this, the lighting was constantly breathing and changing over the course of the scene.

In the indistinct ambiance of pre-dawn shafts of light appear from the breaking day. Clouds obscure the sun as tension builds and clear as it is resolved. As the action picks up speed at the end of the play the lighting draws closer and becomes more focused so that individual moments are not lost.

The initial motivation for the lighting was a kerosene lantern— you can see it on the table in the center photo but we apparently forgot to light it when the picture was taken. The effect was heightened by an amber downlight over the table and floor-mounted fixtures that threw the actor’s shadows onto the scenery behind them.

The final tableau of the play.  As dusk falls, the boundaries between the two eras begin to fade, and there is a wonderful opportunity for romantic, expressive lighting.